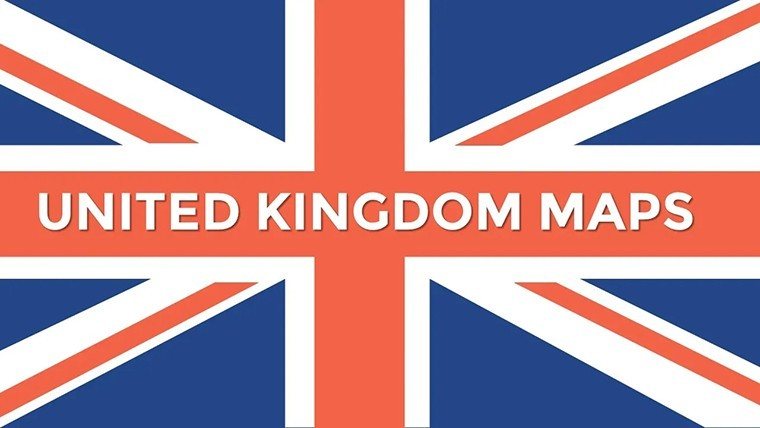 Want to create a really bright presentation? This map template makes it easy to edit United Kingdom states and regions, add any changes, including color changes. The color shades that are used in this template will favorably emphasize your offer of services for business.

As you can see, this template contains a number of options for using maps, including symbols, charts, and so on. These United Kingdom maps for PowerPoint are vector elements that can be stretched or changed without losing quality.

This great template already has an example of text that you can use as a basis for writing your own presentation. The United Kingdom Political map template is easy to customize to the specifics of your business or the industry in which you work. A quality and attractive offer will bring you more customers and sales. Existing United Kingdom maps can be easily edited, such as changing color, size, and font.