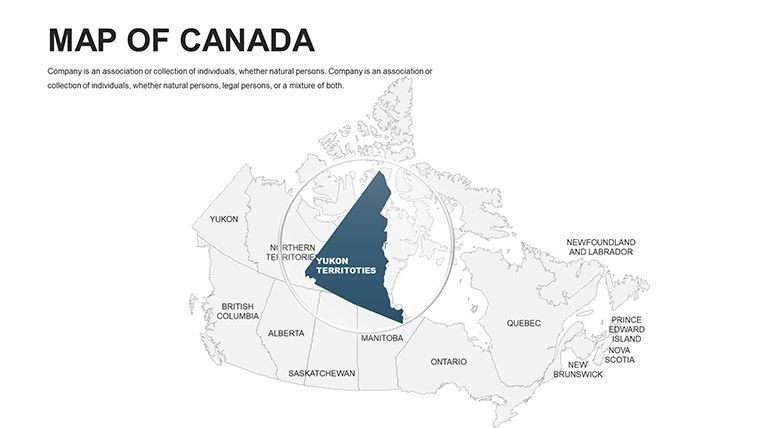 Purchase this template
$ 48.00
Add to Cart
Canada on the world map is the second-largest country in the world by area. It is located on the mainland of North America and is washed by the waters of both the Pacific and Atlantic oceans.

Canada Keynote maps templates federal state within the Commonwealth, led by Britain. Form of governance - a constitutional monarchy. As a country of resettlement of capitalism. Canada Keynote maps in a short time have established an effective market economy, the hallmark of which is the large role of extraction industries.