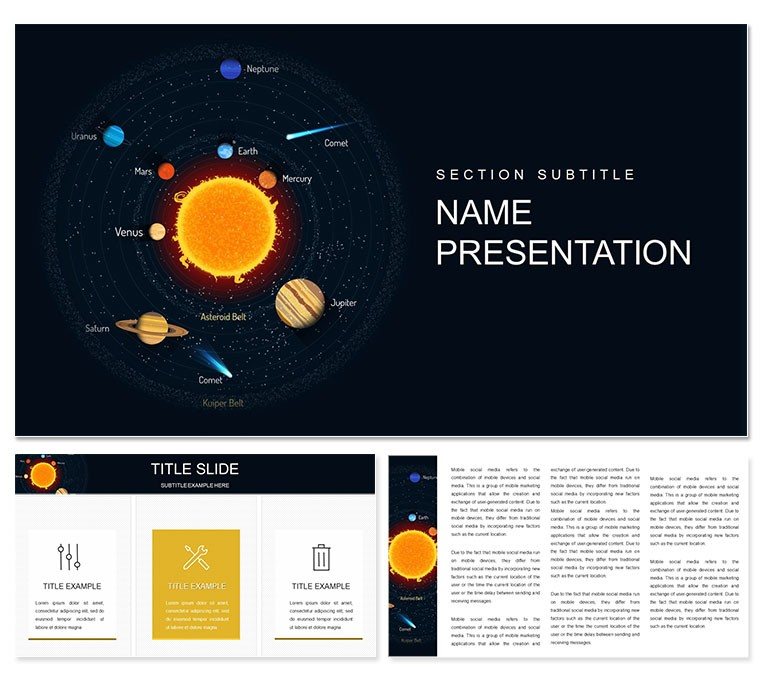 At the center of the solar system is the Sun, around which orbit eight large planets. Since the Sun is shifted from the center of the planetary orbits, the planets then approach and move away in their orbits during the cycle of rotation around the Sun.

Planets of the terrestrial group: Mercury, Venus, Earth, and Mars. These planets are small in size with a rocky surface, they are located closest to the Sun.

Giant planets: Jupiter, Saturn, Uranus, and Neptune. These are large planets, consisting mainly of gas and characterized by the presence of rings consisting of ice dust and many rocky pieces. Solar system - Space PowerPoint Template will help you create a presentation for training and project work on astronomy. 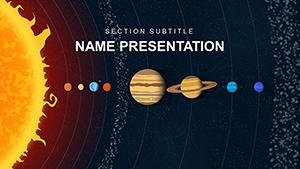 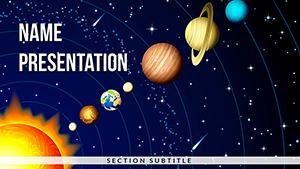 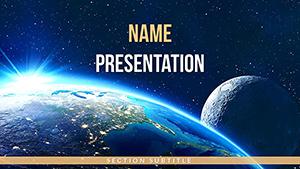 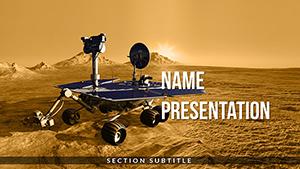 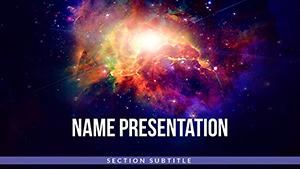 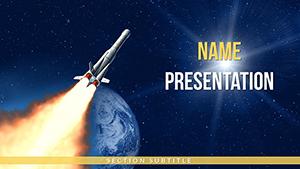 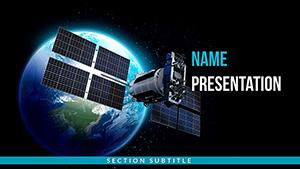 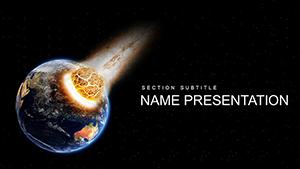