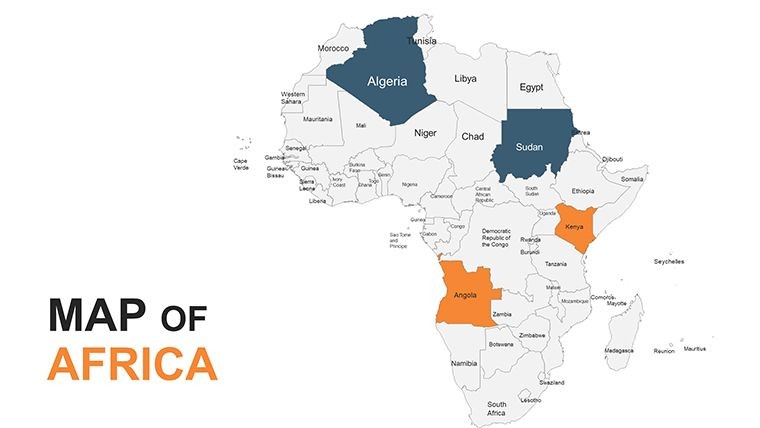 Editable Africa Keynote maps - second largest continent after Eurasia. Much of the continent is located in the Northern Hemisphere. At the heart of Africa lies an ancient platform, so the mainland is dominated by plains. Download Keynote Editable Africa maps for presentations.

The territory of Africa includes both the continental part and the insular one. There are 54 countries on the African continent, of which five are dependent states, and another five are unrecognized. The total population is 1 billion inhabitants. Africa is often called the ancestral home of the modern civilization since it was on African territory that archaeologists discovered the remains of the most ancient people.
Unique slide Editable Africa Maps that is fully editable with the possibility to add custom animation effects
Fully Easy to change colors, text, photos. Fully editable.
In the .zip file contains editable slides (.key, Vector Icons, and PNG included in files.)
System requirements
All Keynote Maps are compatible with:
MAC: iWork Keynote 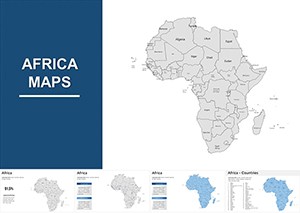 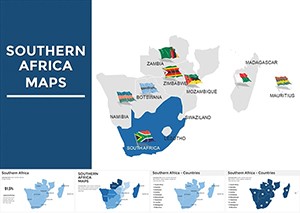 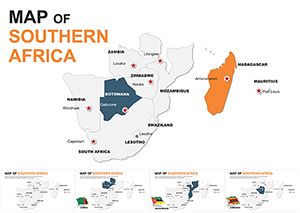 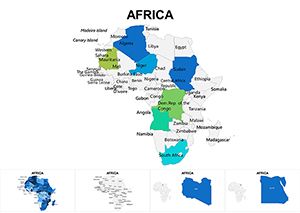 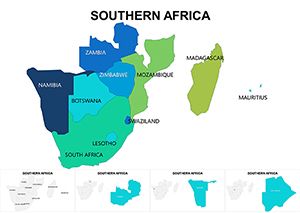 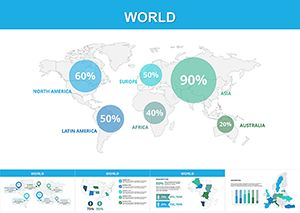 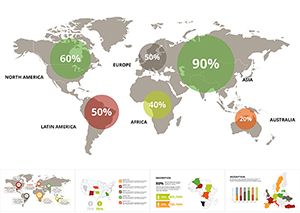 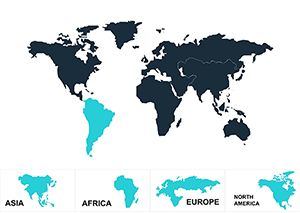